Visitors to the soon to be unveiled Wilkinsburg Train Station are encouraged to take a focused, lingering look upward as they enter the central waiting room, allowing their eyes to follow the repeating geometry of extruded dentils (think tooth-like forms), shadowed recesses, and precise edges of the completely new plaster cornice moldings. This component of the building’s restoration is the masterful craftsmanship of Harry Stites and his company Steel City Plastering, Inc. based in Cheswick, Pennsylvania. 84-year-old Stites, who got started in the plaster industry as a teenager, joined the WCDC’s Wilkinsburg Train Station project with more than fifty solid years of experience and knowledge. Presiding over a family business that includes his son, Harry IV, grandson, Sam Stites. Harry Stites and his combined nine-man crew operated from the beginning of January until August of 2020 to bring the impressive ceiling-level interior detailing to life. 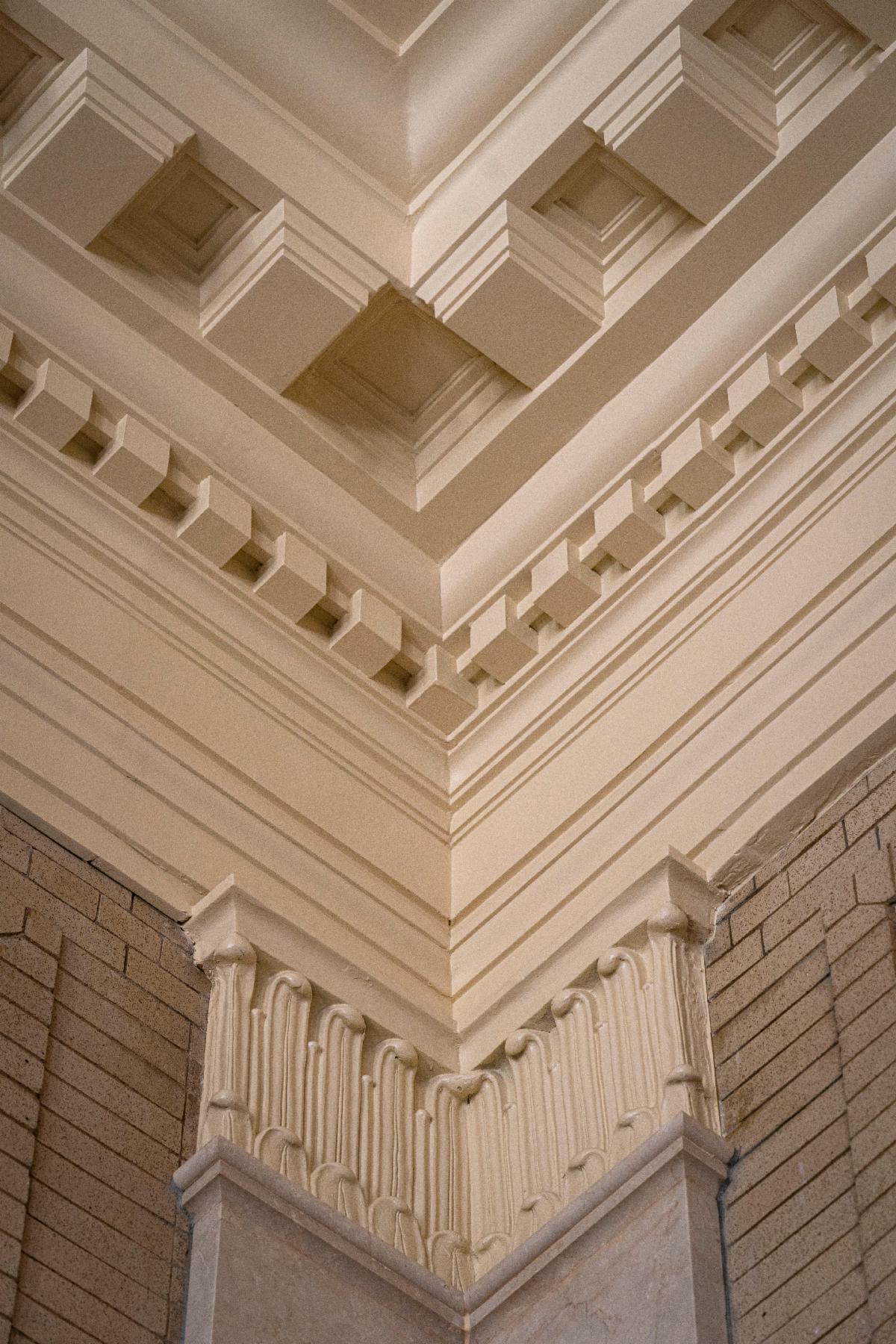 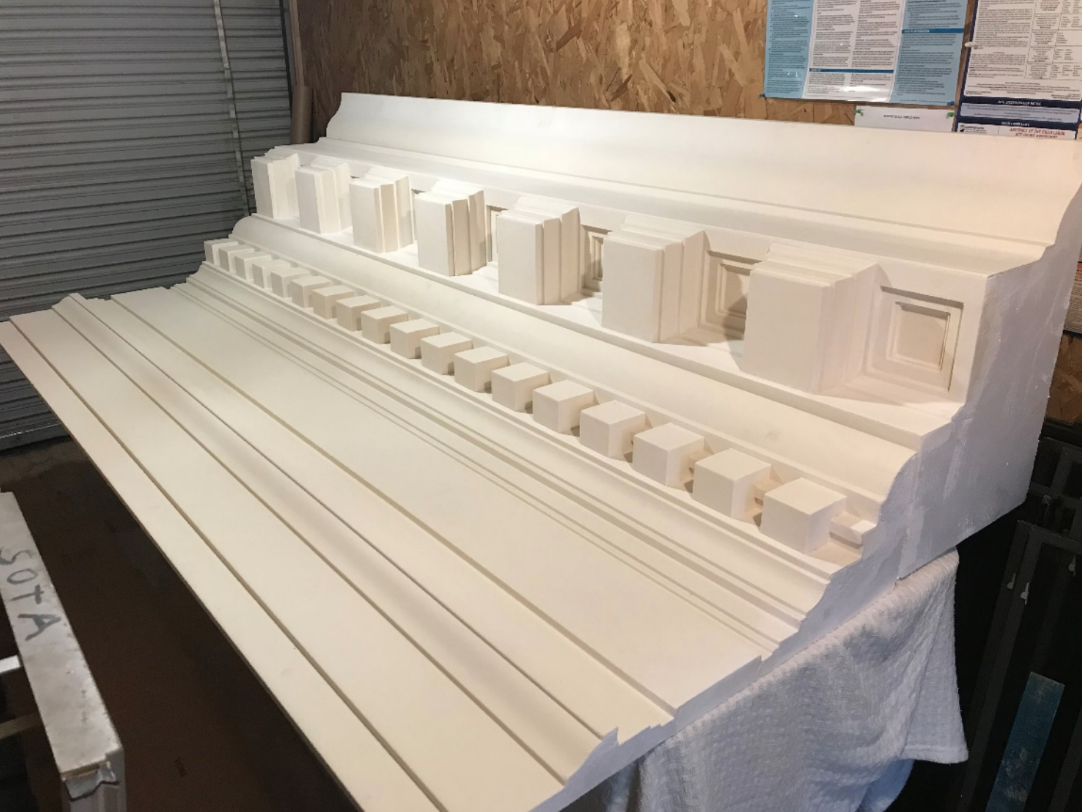 Production of the numerous individual cornice pieces occurred offsite at the Steel City Plastering workshop. The process began once the single remaining section salvaged from the structure—with enough detail intact to provide a full understanding of its design and proportions—had been preserved. That’s right, a single intact section was used to create a mold which would be used for all of the cornices. The final casts were expertly derived from this mold, ensuring that what guests see today is an exactly rendered replica of what once encircled the station’s waiting room. These cornice sections were painstakingly affixed to a waterproofed plywood base using a durable substrate material and modern adhesives designed to withstand the test of time. Stites and his team operated daily, working slowly across the room with the help of a mobile scaffold rig (and usually in tandem with other contractors).

Steel City Plastering is honored to have been a part of this momentous undertaking, and Harry Stites is extremely proud to add the Wilkinsburg Train Station to his repertoire of works. Stites would like to additionally thank crew members Matt Pope, Jerry Cole, and Chuck Hawk for their contributions, and is eager for the public to experience what he and so many other dedicated craftspeople have accomplished.